Discovering the lovely island of Despotiko

The lovely hidden gem of the Cyclades, just opposite to Paros which was voted as one of the best islands in the world, is Antiparos. This amazing island is not, however, the only surprise in this region of the Aegean. Adjacent to Antiparos you can find the small island of Despotiko, an uninhabited island where perhaps the most beautiful beaches in the world are located. All of them blend within an environment filled with great archaeological excavations that have come to light, mostly located in the center of Despotiko. Since the first phase of restorations has been completed, the island is ready to turn into an open museum. Specifically, Despotiko will become an open museum following the model of Delos, a visiting space, focusing on its archaic Sanctuary of Apollo made of marble, harmoniously tied to the natural environment.

The findings tell the story of the rich archaic sanctuary founded on the island by the inhabitants of Paros, as well as stories about Miltiadis's campaign against the island and the vengeful anger of the pirates who burned it. The findings in the area confirm the worship of Apollo, while the residents also worshipped his sister Artemis and the goddess Estia, whose last name was Isthmia. The reasons why the inhabitants of Paros chose this location (which in ancient times was called Prepesinthos) to establish their sanctuary were political and economic. In particular, they had a rivalry with the inhabitants of Naxos and were trying to consolidate their sovereignty in the Aegean. The most elaborate building of the island was the temple, built mainly from marble which was transported to the island from the quarries of Paros and its excellent quality made it sought after by the largest sanctuaries of Greece. 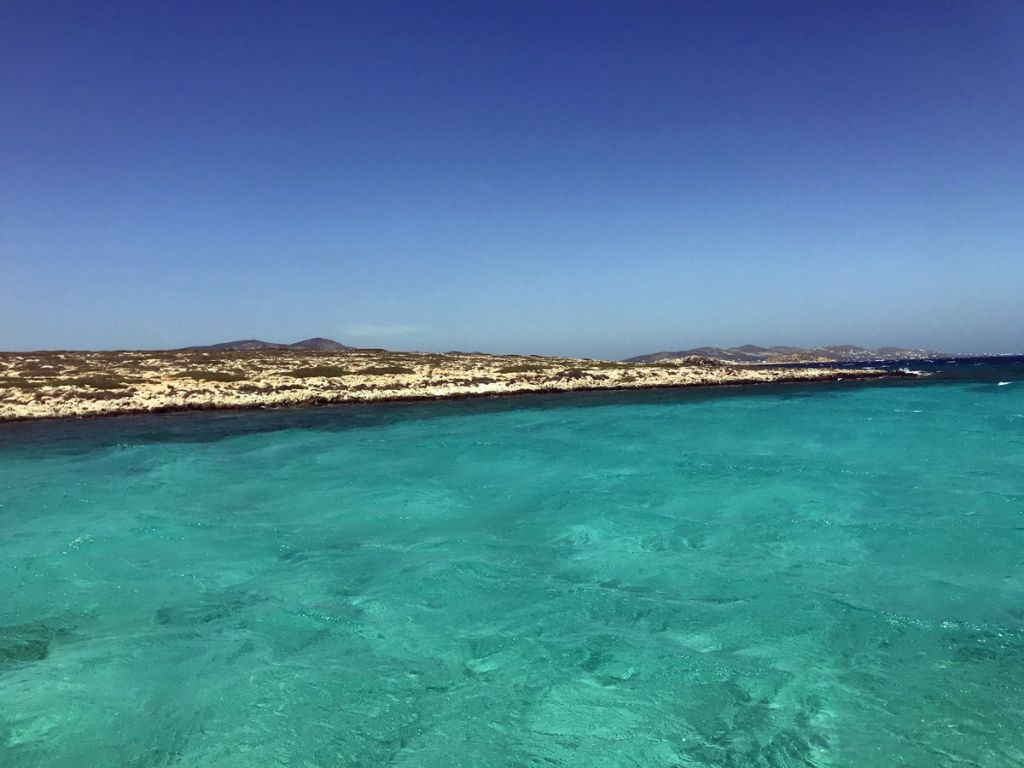 The façade of the temple had seven columns, 3.80 meters high, which together with the pediment would exceed 6 meters in height, while other auxiliary buildings were located around the sanctuary for the needs of the priest and visitors.

The island has no other buildings and the archaeological finds are combined with an unspoiled environment. And it is precisely for this reason that Despotiko is becoming a special place not only in Greece but also in the world. A beige dot among the deep blue of the Aegean sea. Deep blue, because the waters surrounding Despotiko, with the exception of some points, are really deep.Its beaches are mostly vast sandy beaches, while other smaller ones are surrounded by rocks. Despite of their length, they are all extremely quiet. One of the remarkable things is that the water line that separates Despotiko from Antiparos is only one meter in depth, while between the two islands the small islet called Koimitiri is inserted.

If you want to make your holiday in Paros truly unforgettable, discover our exclusive villas and all the services available to our guests.