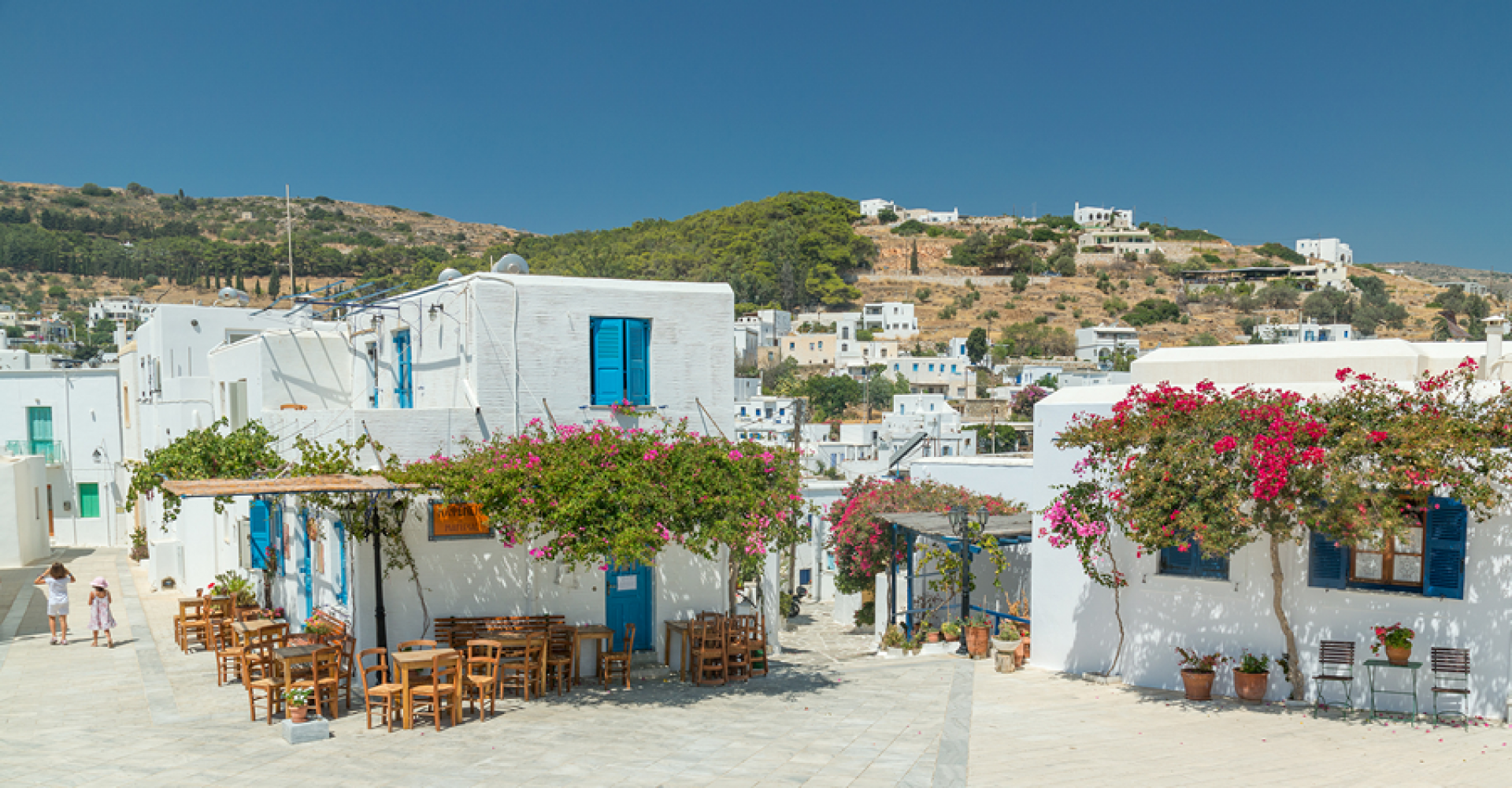 The Traditional Village of Lefkes

Lefkes of Paros is a Mediterranean mountainous and verdurous village on the island of Paros at an altitude of 200 meters. It distances just 10 km from Parikia. It is the most mountainous village of Paros and has many churches as well as some of the last windmills that are still preserved on the island. The last Miller of Paros (Artemis) who operated his mill in Lefkes died in 1996. The village was named after the many poplar trees that filled the location, the Greek name of which is lefkes. The main road of the village, leading to the center of Lefkes, is whitewashed and paved, and is called Ramnos, as formerly a tree of rhamnus (buckthorn, in Greek ramnos) could be found covering the road.

Residents removed it over time, in order to have better access to the center of the village. Ramnos is located among neoclassic buildings, the school, the former community building and the House of Literature. The Parians and the visitors of Paros take their walk along this street or they go to the stores of the area and to the cafeterias at the small square, where the war memorial is situated. The houses are built amphitheatrically. The first residents were immigrants that came from Crete and locals who chose to build their village on the mountain, in order to be protected from the pirates. Lefkes is undoubtedly one of the prettiest villages of Paros, although it is not located in a seafront location. It is located under a pinewood on a hill. Its altitude offers an amazing view of the cycladic sea and the island of Naxos. There are two parking lots at the entrance of the village, where you can park your vehicle. Walking around the paved alleys of the village is an exceptional experience. Limy stone benches, buildings of folklore architecture, bougainvilleas in almost all houses and various other plants and flowers create a wonderful environment. 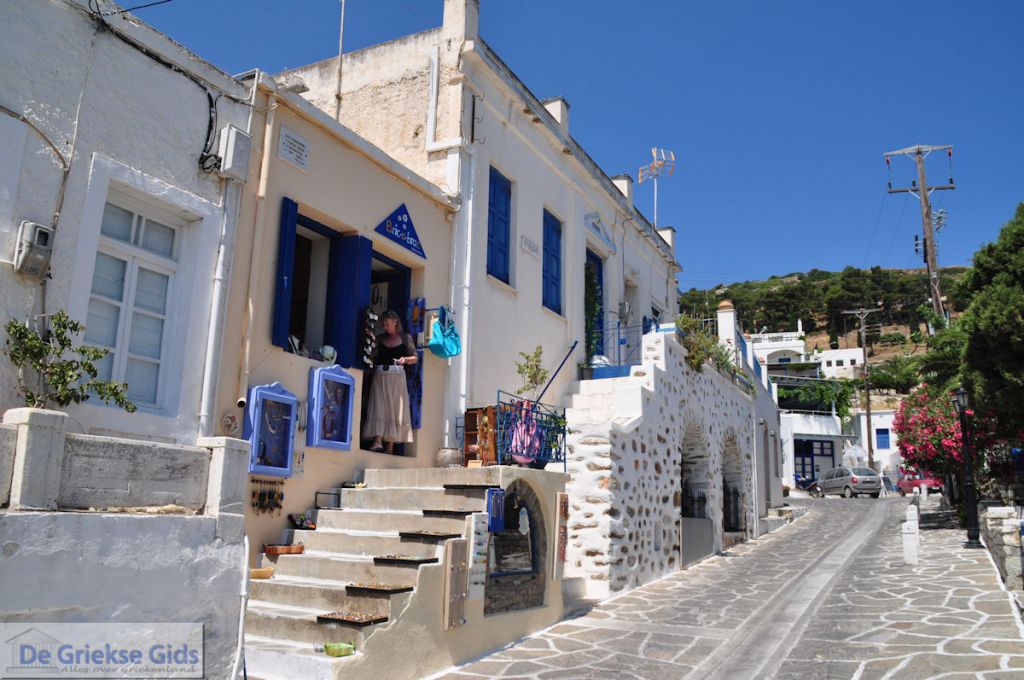 While walking around the village you will find the old washhouses that are still used by certain housewives, the House of Literature, and the Folklore Museum of the Cycladic Civilization that will take you on a historical trip to the beginning of the 20th century. The flowery courtyards also add their own touch to the elegance of the village. The most important churches of the area are the church of Agioi Pantes, which is situated on the highest peak of Paros, at an altitude of 755 meters, and the church of Agia Triada which can be found on a hill at the edge of the village, famous for its impressive belfries built with Parian marble. The village attracts many tourists during the summer months. The feast of Karavolas, which is held in Lefkes among various events that are organized by the cultural association YRIA, is an opportunity for the Lefkians to celebrate the end of summer. The date of this celebration is not fixed, it takes place at the end of August and it is organized every year by the Cultural Association of Lefkes MEAS Yria.

If you want to make your holiday in Paros truly unforgettable, discover our Infinite Pool Villas and all the services available to our guests. 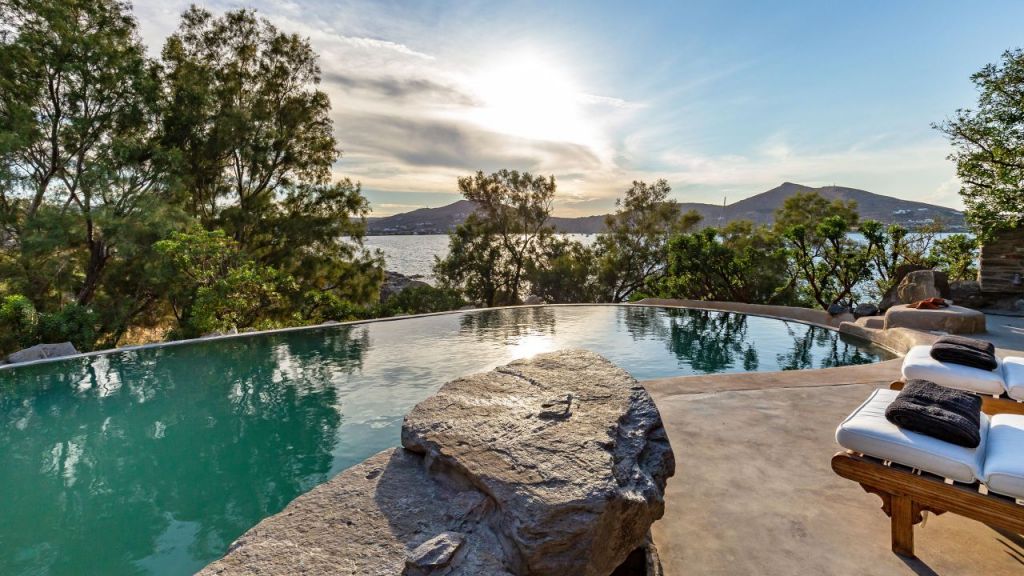